David James net worth: David James is an English retired soccer player who has a net worth of $15 million. David James was born in Welwyn Garden City, England on August 1, 1970. During his career, he played as a goalkeeper. James began his professional career with Watford, playing there from 1988-1992. He joined Liverpool in 1992 and stayed there until 1999, playing in 214 matches, his longest stint with one team. From 1999-2001 James was with Aston Villa, before heading to West Ham United from 2001-2004. From 2004-2006 James was a member of Manchester City, and played for Portsmouth from 2006-2010. In 2010, James joined Bristol City, staying there until 2012 before signing with Bournemouth. In 2013, James made his final career appearances for IBV Vestmannaeyjar. For his career, David James played in 805 league and 53 international matches. He won the Toulon Tournament best goalkeeper in 1991, the 1994-95 League Cup while with Liverpool, and the 2007-08 FA Cup with Portsmouth. Off the pitch, James is well known for his charity work, setting up his own foundation to help maize farmers in Malawi develop more efficient techniques of production. He's also appeared on television and in newspaper, writing a regular column for The Observer and donating his pay to charity. 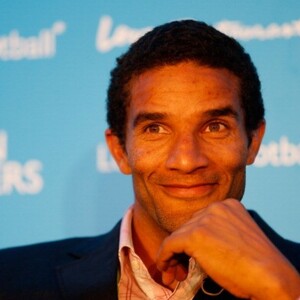