David de Gea net worth and salary: David de Gea is a Spanish professional soccer player who has a net worth of $75 million. In 2020 he became the highest-paid goalkeeper in the world thanks to his $24 million annual base salary. David also earns $3-5 million per year from endorsements.

David de Gea was born in Madrid, Spain in November 1990. He is a goalkeeper who played his youth career for Atletico Madrid from 2003 to 2008. De Gea made his senior debut for Atletico Madrid B from 2008 to 2009 and for Atletico Madrid from 2009 to 2011. Since 2011 he has played for Manchester United. De Gea also represents Spain in international competition and has played for their Under-15, Under-17, Under-19, Under-20, Under-21, Under-23, and senior squads. David de Gea signed with Manchester United for 17.8 million Pounds which set a record for a goalkeeper. He is known for being one of the best keepers in the world and won a Premier League winners medal in 2013. He captained Spain's Under-21 team and was twice named to the UEFA U-21 Championship Team of the Tournament. De Gea is likely to take over for Iker Casillas as Spain's main goalkeeper at some point. 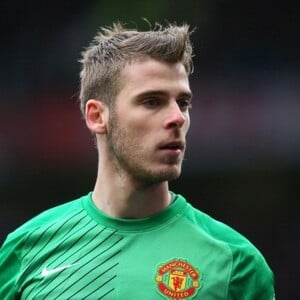