What is David Beckham's net worth?

David Beckham is a retired English soccer player who has a net worth of $450 million. That is a combined net worth with his wife, singer/designer Victoria Beckham. David Beckham made his professional soccer debut at the age of 17 and played for Manchester United for nine seasons, during which the squad won the Premier League title six times, the FA Cup twice, and the UEFA Champions League once.

In 2003, Beckham was traded to the Spanish club Madrid Real, and in 2007, he signed a five-year contract with the Los Angeles Galaxy, making him the highest-paid player in Major League Soccer. Shortly afterward, Beckham returned to Europe, playing on loan from the Galaxy for the 2009 and 2010 seasons. Aside from his league career, Beckham was named captain of the England national football team in 2000, a title he retained until 2006; he returned to the squad—though not as captain—in 2008, and continues to represent England in qualifying matches for the 2010 World Cup.

David Beckham was born May 2, 1975, in London. He's the son of Sandra, a hairdresser, and David Edward "Ted" Beckham, a kitchen fitter. He is the middle child of three with two sisters, Lynne Georgina and Joanne Louise. Beckham knew he wanted to be a professional footballer from a young age. His parents were huge Manchester United fans who frequently attended games.  As a young boy, he won the chance to take part in a training session with Barcelona as part of a talent competition. He played for a local youth team called the Ridgeway Rovers. One of the team's three coaches was his dad. He was the mascot for Manchester United in a match against West Ham United in 1986. In 1990, David was named the Under-15 Player of the year. On July 8, 1991, he signed a Youth Training Scheme with Manchester United. Beckham was part of the trainees whose team on the FA Youth Cup in May 1992.

Beckham's impact int he FA Youth Cup championship game earned him a first-team debut on September 23, 1992, in a League Cup match against Brighton and Hove Albion. He signed as a professional on January 23, 1993. He was 17-years-old.

David Beckham made his first full appearance on Manchester United's first team on December 7, 1994, against Port Vale. He made his UEFA Champions League debut with a goal in a 4-0 victory to Galatasaray at home. For the 1994-95 season, Beckham was loaned out to Preston North End for first-team experience. He played in five games and scored two goals.

On May 16, 2013, Beckham announced that he would retire from professional football at the end of that year's Paris Saint-Germain football season. 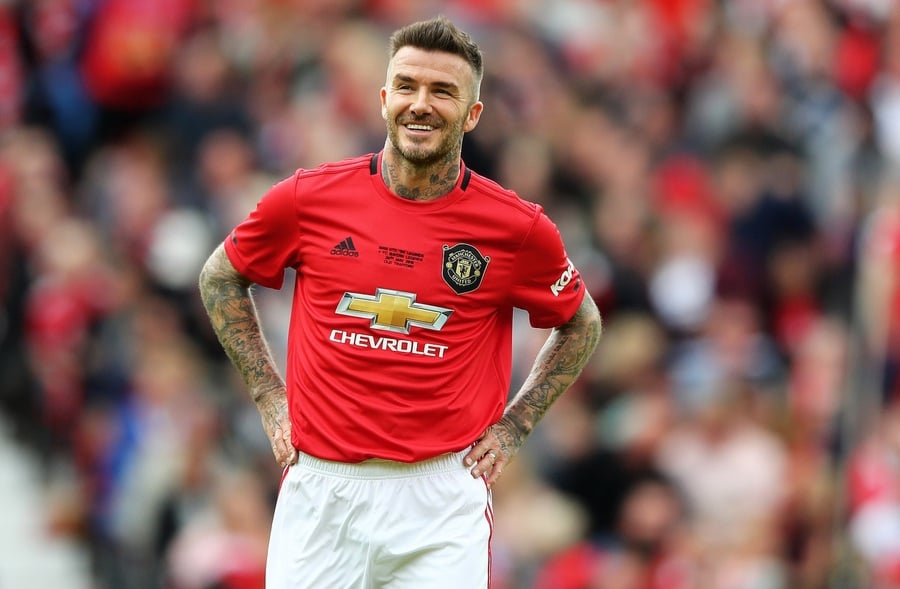 On February 5, 2014, the U.S.'s MLC announced that Beckham had exercised his option to buy an MLS expansion team for $25 million. The right to an expansion team was part of his contract 2007 with the L.A. Galaxy. The new team will be based in Miami, Florida and is scheduled to begin play in 2020. The team will be called Club Internacional de Futbol Miami – commonly known as Inter Miami. His business group, Beckham Miami United agreed to finance a $250 million (£149m) stadium with seating for 20,000.

In May 2019, Beckham through his investment vehicle Beckham Brand Holdings, spent $50 million to buy out team investor Simon Fuller (creator of American Idol). The purchase price valued the team alone at $150 million.

Off the pitch, he is a sought-after model and spokesperson, having represented Pepsi, Calvin Klein, Adidas, Vodafone, Gillette, and others. He was also Google's most-searched sports-related search term in 2003 and 2004.

Beckham suffers from obsessive-compulsive disorder (OCD), which he says makes him "have everything in a straight line or everything has to be in pairs."

Beckham has more than 50 tattoos. There are names of his sons Romeo, Cruz and Brooklyn, and of his wife Victoria.

Beckham has supported UNICEF since his days at Manchester United. In January 2005, Beckham became a Goodwill Ambassador with a special focus on UNICEF's Sports for Development program

In October 2021 it was widely reported that David had signed a 10-year deal that paid $21 million per year to be Qatar's tourism ambassador. The deal value is reportedly worth a minimum of $210 million over the decade, but could ultimately be worth closer to $280 million according to various reports. Upon the deal's revelation, Beckham was inundated with criticism due to Qatar's pour track record on human rights.

In his early career with Manchester United, Beckham lived in a four-bedroom house that he bought as a 20-year-old in 1995.

In 1999, David and Victoria Beckham bought what became their most famous home for $3.3 million; the property, which is set on 24 acres of land, was given a $4 million renovation and was subsequently dubbed Beckingham Palace by the media.

They also own a $4 million home in the south of France as well as a mansion in West London's chic Holland Park neighborhood that they bought for $41 million in 2013. In 2016, they bought a converted barn in the rural village of Great Tew in the Cotswolds area, two hours outside of London for about $8 million. 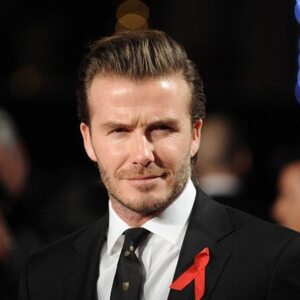