He played for Blackburn Rovers from 1993 to 1996 in 54 appearances and for Newcastle United from 1996 to 1998 with 83 caps. Batty finished his career with Leeds United from 1998 to 2004 where he played 90 games. He has also represented England in international competition at the under-21 and senior levels, playing at the UEFA Euro 1992 and the World Cup in 1998. After retiring he has been featured in an event called The Match where he teamed up with former professionals to take on celebrities. David Batty was injured in a match in January 2004 which forced him to retire. 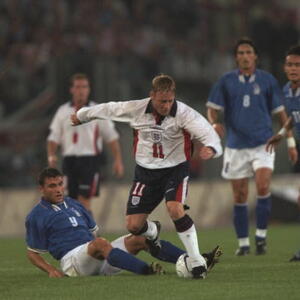