Dave Whelan net worth: Dave Whelan is an English former professional soccer player who has a net worth of $210 Million. He was born in Bradford on November 24, 1936. He played for the Blackburn Rovers from 1956-60, scoring three goals in his career. Whelan broke his leg in the FA Cup Final against the Wolverhampton Wanderers and was sold to Crewe Alexandra F.C., playing until 1966.

After his playing days, he opened up a series of supermarkets called Whelan's Discount Stores, which he eventually sold for over a million pounds. In 1977, Whelan acquired JJB, a sporting and fishing store in Wigan, and turned it into a successful sporting goods store, becoming the UK's second biggest retailer. In 2007 he sold his remaining stake in the company. Whelan purchased the Wigan Athletic Football Club in 1995. When he took over, they were in Division Three; Wigan promised to get the team to the Premier League, which he achieved in 2005. In May 2013, Wigan beat Manchester City in the FA Cup Final, securing their first major trophy in their Premier League history. Whelan is also a notorious conservative, and caused some controversy when he made teams hold a mandatory moment of silence after the death of Margaret Thatcher. 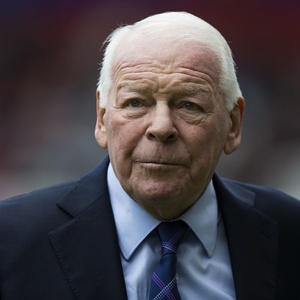