How much is Darren Fletcher Worth?

Darren Fletcher net worth and salary: Darren Fletcher is a Scottish professional soccer player who has a net worth of $20 million. Darren Fletcher was born on February 1, 1984 in Dalkeith Scotland. At 14, he went to play for a youth team game, hoping for an opportunity to be noticed and discovered, but, he did not even play. He went home and told his parents, and his father called Sir Alex Ferguson. The latter was angry as he knew that Fletcher had to the potential to make it to the Premier Leagues.

He was called back and personally invited to stay at Ferguson's home at Cheshire. Sir Alex Ferguson made ensured that the young Scottish football prodigy signed with Manchester United. His debut was delayed to March 12, 2003 as he was still in school. In his first debut, after three years of training, the team played against FC Basel in the UEFA Champions League. 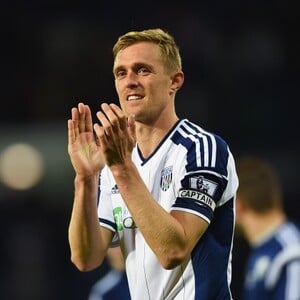