Daniel Sturridge net worth: Daniel Sturridge is an English professional soccer player who has a net worth of $20 million. Daniel Sturridge was born in Birmingham, England in September 1989. He is a striker who played for Cadbury Athletic, Aston Villa, Coventry City, and Manchester City during his youth career. Sturridge made his senior debut for Manchester City and scored 5 goals in 21 appearances from 2006 to 2009. He played for Chelsea from 2009 to 2013 and scored 13 goals in 63 caps. He was also loaned to Bolton Wanderers in 2011. Since 2013 Sturridge has played for Liverpool and has scored 46 goals in 88 appearances through May 2017. He has represented England in international competition since 2004 and also represented Great Britain in 2012. Sturridge was selected to the PFA Team of the Year in 2013-14 and is a three time Premier League Player of the Month. With Chelsea he won two FA Cups, a Premier League, and the UEFA Champions League. 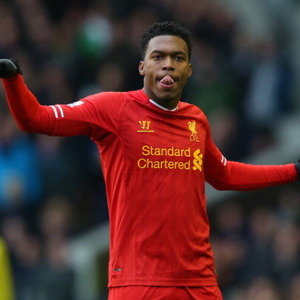