Cuauhtemoc Blanco net worth: Cuauhtemoc Blanco is a Mexican football player who has a net worth of $20 million. Born in 1973 in Mexico City, Cuauhtemoc Blanco is a forward for Puebla of the Liga MX. Blanco debuted with Club America in 1992 and is the team's second-leading goal scorer of all-time with 125 goals in 333 appearances. He's also decorated internationally as the Mexican national team's second-leading goal scorer, the second-leading goal scorer in the FIFA World Cup and is tied for the most goals at Confederations Cups. Blanco is the only Mexican to win awards in major FIFA international tournaments, taking home the Silver Shoe and the Silver Ball during the 1999 Confederations Cup. He is a five-time MVP of the Mexican First League Division. He has attracted attention for his goal celebration as an imitation of Kiko Narvaez's Archer gesture and is well known for his Blanco Trick that he performed during the 1998 World Cup. 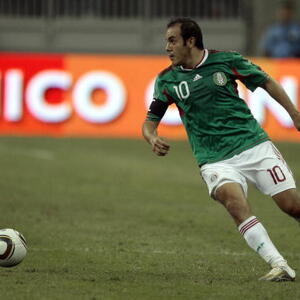