Clint Dempsey Net Worth and salary: Clint Dempsey is an American soccer player who has a net worth of $16 million. Clint Dempsey accumulated his net worth through his talents as a winger and forward in soccer. Born Clint Drew Dempsey on March 9, 1983, in Nacogdoches, Texas, he currently plays for Tottenham Hotspur and is the captain of the US national team. Playing soccer with the local kids since early childhood, Dempsey joined the top youth soccer clubs in the state, including the Dallas Texans. Next, he became a member of the Furman University's men's soccer team before turning pro. He was selected eighth overall in the 2004 MLS SuperDraft by the Major League Soccer club New England Revolution. In his two-year-long tenure with the team, he led Revolution to the Eastern Conference Finals and earned 2004 MLS Rookie of the Year Honors. His career continued to flourish as he joined the Premier League club Fulham in the period from 2007 to 2012. There, he became one of the club's highest Premier League goalscorer of all time, as well as the first ever American player to score a hat-trick in the Premier League. In August 2012, Clint Dempsey inked a three-year contract with the Tottenham Hotspurs for a fee believed to be around £6 million. Nowadays, he is considered to be the highest paid US football player of all time. While at the national team, Dempsey represented the USA in the 2003 FIFA World Youth Championship that took place in the United Arab Emirates. As for his first play with the senior team, it happened in November 2004 against Jamaica. Two years later, he was named in the 2006 World Cup squad and scored the only goal of the team in the tournament. He has also set two consecutive records for scoring the fastest goal in the US World Cup qualifying history, the first in just 53 seconds in their win over Barbados and the second in amazing 36 seconds in their 1-2 loss to Jamaica. 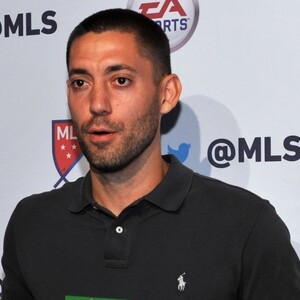