Clemens Fritz net worth: Clemens Fritz is a German retired professional soccer player who has a net worth of $30 million. Clemens Fritz was born in Erfurt, East Germany in December 1980. He is a right-back and defensive midfielder who made his senior career debut playing for Rot-Weib Erfurt from 1999 to 2001, scoring 14 goals in 57 appearances.

Fritz next played for Karlruher SC from 2001 to 2003 and scored seven goals in 61 caps. He played for Bayer Leverkusen from 2003 to 2006 scoring a pair of goals in 43 games. Fritz played for Werder Bremen from 2006 to 2017 and scored five goals in 288 caps. He also represented Germany at the under-21 and senior levels scoring two goals and finishing runner-up at the UEFA European Football Championship. Playing for Werder Bremen Fritz won the DFL-Ligapokal in 2006 and the DFB-Pokal in 2008-09 and was runner up for the Bundesliga in 2007-08, the DFB-Pokal in 2009-10, and the UEFA Cup in 2008-09. Fritz announced his retirement from the game in 2017. 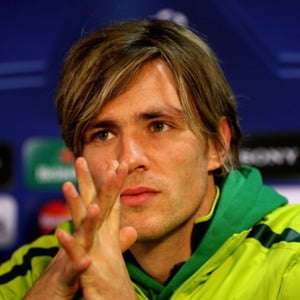