Claudio Marchisio net worth: Claudio Marchisio is an Italian professional soccer player who has a net worth of $14 million dollars. Claudio Marchisio was born in Turin, Italy in January 1986. He played youth soccer for Juventus from 1993 to 2006. He was called up to Juventus in 2006 and has played his entire career there, aside from his loan to Empoli from 2007 to 2008.

As a midfielder he is Juventus' second vice-captain. His breakthrough came in the 2008-2009 season and he has since been compared to Marco Tardelli for his good reads and tenacious style. Marchisio has represented Italy in international competition since 2007. He played in the 2010 and 2014 FIFA World Cups and scored a goal in the 2014 Cup against England. He won two Supercoppa Italiana's with Juventus in 2012 and 2013. Claudio was named to the Oscar del Calcio Team of the Year in 2011 and 2012. He appeared on the Italian cover of the game FIFA 13. Claudio married his wife Roberta in 2008 and the couple has two sons together. 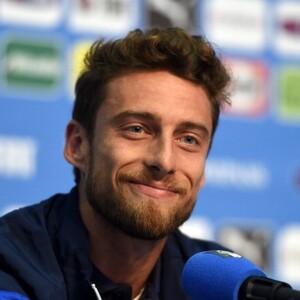