Claude Makelele Net Worth and salary: Claude Makelele is a retired professional footballer (soccer player) and the current manager of the Ligue 1 club Bastia who has a net worth of $55 million dollars. Claude Makelele was born February 18, 1973 in Kinshasa, Zaire and moved to Savigny-le-Temple, a suburb of Paris in Seine-et-Marne in 1977, when he was four years old. His father, André-Joseph Makelele, was also a football player. In his playing career, which ended at Paris Saint-Germain, Makelele also played for Nantes, Olympique de Marseille, Celta Vigo, Real Madrid, and Chelsea. He won league titles in France, Spain and England. Makelele was a French international for 13 years, and part of the team which reached the final of the 2006 FIFA World Cup. Makelele was one of the players that defined the defensive midfield role that was previously unknown of in English football, especially during the 2004–05 FA Premier League season when Chelsea won the title with 95 points. In homage to Makelele, many fans and pundits alike have dubbed the defensive midfield position as the "Makelele Role." He became head coach of Bastia, a French association football club based in Bastia on the island of Corsica on May 24, 2014. 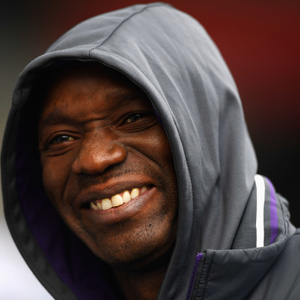