Christie Rampone net worth: Christie Rampone is an American professional soccer player who has a net worth of $2 million. Christie Rampone was born in Fort Lauderdale, Florida in June 1975. She is a defender and center-back who played her youth career for the Monmouth Hawks from 1993 to 1996. She started her professional career for the Central Jersey Splash in 1997 and played for the Buffalo F Fillies and New Jersey Lady Stallions in 1998. Rampone played for the New York Power from 2001 to 2003 and for the Sky Blue FC from 2009 to 2010. In 2011 she played for magicJack and since 2013 she is back with Sky Blue FC. Rampone is better known for representing the United States women's national soccer team in international competition and is the captain of the team. She has played in four FIFA Women's World Cup finals and four Olympics women's football tournaments. Rampone is a three time Gold medalist at the 2004, 2008, and 2012 Olympics and she also won the 1999 FIFA Women's World Cup Championship. Since 1997 she has played in more than 300 games for the United States. In the 2015 FIFA Women's World Cup she was the oldest Women's World Cup player. 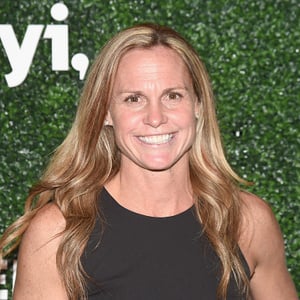