Christian Fuchs net worth: Christian Fuchs is an Austrian professional soccer player who has a net worth of $18 million. Christian Fuchs was born in Neunkirchen, Austria in April 1986. He is a left back who spent his youth career with SVg Pitten and Wiener Neustadt. Fuchs made his senior debut with Wiener Neustadt in 2002. From 2003 to 2008 he played for SV Mattersburg and scored 11 goals in 140 appearances. Fuchs played for VfL Bochum from 2008 to 2011 and was loaned to FSV Mainz 05 from 2010 to 2011. He played for Schalke 04 from 2011 to 2015 and since 2015 he has played for Leicester City. Fuchs has also represented Austria in international competition at the Under-17, Under-19, Under-21, and senior levels. He won the DFL-Supercup in 2011 with Schalke and the Premier League in 2015-16 with Leicester City. 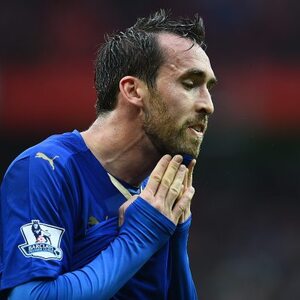