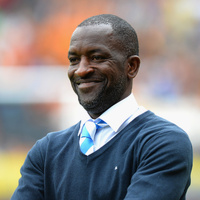 Chris Powell net worth and salary: Chris Powell is an English professional soccer coach who has a net worth of $12 million. Chris Powell has earned his net worth as a player, coach and manager, and has also served as the Professional Footballer's Association chairman. His professional career began as a trainee at an English Football Club named Crystal Palace. After being on loan to Aldershot, Powell then moved on to Essex club Southend United and then to Derby County where he won the 1996-97 Supporter's Player of the Year Award before transferring back to Charlton Athletic, but in 2004 moved on to West Ham United, and in 2005 decided to go back to Charlton after failed negotiations with West Ham United over contract issues. In 2006 he signed with Premiership and at the end of his one year contract was let go and returned for the third time to Charlton but more for coaching than playing. In 2008 he signed a six month contract with Leicester City and in 2009 signed to be a player-coach, but retired from playing in 2010. In 2011 Powell became the manager of the Charlton Athletic after signing a three and a half year contract. By the end of the 2011-12 season the Charlton Athletic became the champions of League One. Chris Powell was born in Lambeth, England in 1969. His playing position was left back. As a player Powell won the honors of "Football League First Division-runners up" with Derby County, "Football League First Division Champions" with Charlton Athletic, "Football Championship play-off winners" with West Ham United, and "Football League One Champions" with Leicester City. As manager he was honored with "Football League One Champions," "Football League One Manager of the Month," "League Manager's Association League One Manager of the Year" for the Charlton Athletic.