Charlie Davies net worth: Charlie Davies is an American soccer player who has a net worth of $4 million. Charlie Davies was born in Manchester, New Hampshire in June 1986. He is a forward or striker who spent his youth career with the Boston College Eagles from 2004 to 2006. Davies became a professional in 2006 with the Westchester Flames.

From 2007 to 2009 he played for Hammarby where he scored 21 goals in 56 appearances. Davies played for Sochaux from 2009 to 2012 and was loaned to D.C. United in 2001. He played for Raiders FC from 2012 to 2014 and was loaned to the New England Revolution in 2013. Since 2014 he has played for the Revolution. Davies has also represented the United States in international competition at the Under-20, Under-23, and senior levels. He was involved in a serious car crash in 2009 which killed one of his fellow passengers and injured Davies severely. He missed the 2010 World Cup and ended his international career. He later filed a $20 million lawsuit against the owner of the nightclub where the driver was served alcohol before the accident. 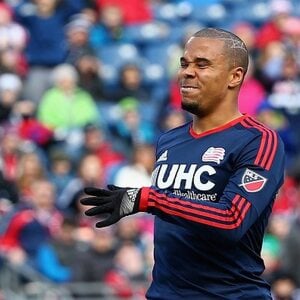