Carlos Valderrama Net Worth: Carlos Valderrama is Colombian retired professional soccer player who has a net worth of $10 million dollars. Carlos Alberto Valderrama Palacio was born in Santa Marta, Colombia in September 1961. He is also known as El Pibe and is known for his signature blond afro hair style.

As a midfielder Carlos played for Union Magdalena, Millonarios, Deportivo Cali, Montpellier, Real Valladolid, Independiente Medellin, Atletico Junior, Tampa Bay Mutiny, Miami Fusion, and Colorado Rapids. He helped Major League Soccer become popular in the 1990s and led the way for Colombian players to play in the United States. He also represented Colombia in international competition from 1985 to 1998. He played in 111 games, the most in his country's history. He scored 11 goals for Colombia. He was well known for his skills at passing and assisting. He was part of Pele's list of 100 greatest living footballers in 2004. He won the French Cup, Colombian Championship, and MLS Supporters' Shield. He was the Copa America MVP in 1987 and the South American Footballer of the Year in 1987 and 1993. El Pibe was the MLS All-Star of the Year and Major League Soccer MVP in 1996. A 22-foot bronze statue of him was erected outside of a stadium in Santa Marta in 2006. Carlos is married and has three children. 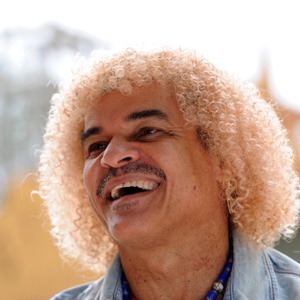