Carlos Tevez net worth: Carlos Tevez is an Argentine professional soccer player who has a net worth of $28 million and annual salary of $16.3 million. Carlos Alberto Martinez Tevez was born in Ciudadela, Buenos Aires, Argentina in February 1984. At 16 he debuted for the Boca Juniors and played there from 2001 to 2004. He played for Corinthians from 2004 to 2006. Tevez then played for West Ham United from 2006 to 2007, and Manchester United from 2007 to 2009. He became the first player since Terry Cooke in 1999 when he transferred from Man United Manchester City, where he played from 2009 to 2013. Starting in 2013 Tevez plays for Juventus. Tevez also represented the Argentine national team, playing for their Under-17 and Under-23 teams, before playing for the senior squad from 2004 to 2011. He won a gold medal at the 2004 Olympic Games with Argentina and scored eight goals. He represented Argentina in the 2006 and 2010 FIFA World Cups. Carlos is married to Vanessa and they have two daughters. He is also the singer for a musical group Piola Vago with his brother Diego. Tevez is a three time South American Football of the Year. He won the Olympic Golden Boot in 2004. 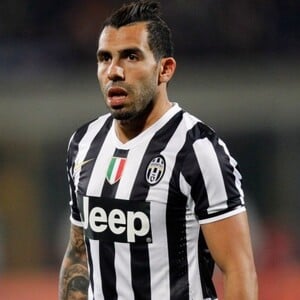