Carlo Ancelotti Ingle Net Worth: Carlo Ancelotti Ingle is an Italian football (soccer) manager who has a net worth of $50 million dollars. Born June 10, 1959 in Reggiolo, Italy, and nicknamed Carletto, he played midfielder position and had a successful career with Roma—captaining the team—and won one Scudetto award and four Coppa Italia awards. He was also a part of the Milan team in the '80s, when Milan was at its height. Ancelotti later became the manager of Milan in 2001. He began his career in 1974 with Parma and in 1979 transferred to Roma. During his stint with Milan, his finest hour was when he received a pass from Ruud Gullit, dribbled around two Real Madrid players and netted a powerful long-range shot during the Rossoneri's 5-0 thrashing of Real Madrid in the 1989 European Cup semi-finals. During his international career he made his Italian national team debut and scored his first and only goal on January 6, 1981. When his knee got injured, he was forced away for several months then later went on to appear in the 1990 World Cup. He made a total of 26 performances during this time. Ancelotti announced his retirement from international football in 1991. 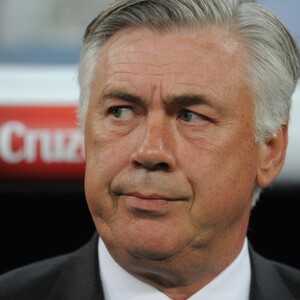