Calen Carr net worth: Calen Carr is an American professional soccer player who has a net worth of $1 million. Calen Carr is currently a forward for the Houston Dynamo in Major League Soccer (MLS). Carr was born in Oakland California on October 4th, 1982. He attended The Branson School in Ross, California where he excelled on and off the soccer field.

After high school, Calen was a four year starter at UC Berkeley. While at Berkeley, Carr was the 2010 Pac-10 player of the year and an All American. After college, Carr was drafted by the Chicago fire in the 2006 MLS draft. He was the 10th pick of the first round. Carr was traded to Houston in 2011 where he is now a starting forward. And one final piece of trivia – Calen Carr attended high school and middle school with me, Brian Warner, founder of CelebrityNetWorth.com. 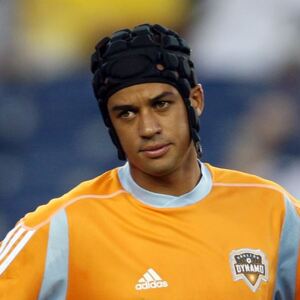