Brandi Chastain net worth: Brandi Chastain is an American professional soccer player who has a net worth of $2.5 million dollars. Brandi Chastain was born in San Jose, California, and was already a soccer star by the time she completed high school. She was awarded the Soccer America Freshman Player of the Year Award during her first year at the University of California – Berkeley.

After begin forced to take two years off due to reconstructive surgery on her knees, she returned to soccer, playing for Santa Clara University. She graduated in 1991. Over the course of her professional soccer career, she has played for the San Jose CyberRays and the FC Gold Pride. She currently plays for the California Storm. As a member of the US National Team, she has won two Women's World Cup Championships, two Olympic Gold Medals, and one Olympic Silver Medal. She scored the winning goal in the 1999 Women's World Cup final against China. 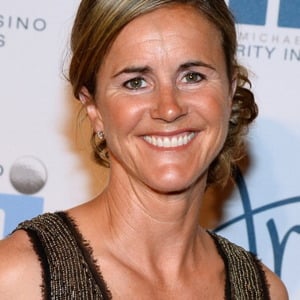