Bradley Walsh net worth: Bradley Walsh is a British entertainer, actor, television presenter, and former professional football (soccer) player who has a net worth of $8 million. He is known for being the host of the UK quiz show The Chase. He also played Danny Baldwin on Coronation Street, and DS Ronnie Brooks in Law and Order: UK. He grew up in Leavesden near Watford, Hertfordshire and during school was a prominent member of the football team. In the late 70's, Walsh became a professional football player for Brentford. He had several ankle injuries that finished his football career in the 80s, and by 1994, he had started his career as a host for the National Lottery, and would later work as a presenter on the British adaptation of Wheel of Fortune. His first acting job was in 2001 for the TV Film, Mike Bassett: England Manager, and he went on to have a regular role in Night and Day as well as a minor role in M.I.T: Murder Investigation Team. In January 2009, he began appearing as the lead actor on Law & Order: UK and is the only original actor to stay with the series to the present. Walsh married choreographer Donna Derby in 1997, and they have one son named Barney who was born 1997. He also has a daughter named Hayley who was born 1982, from a previous relationship. The family live in Epping, Essex. 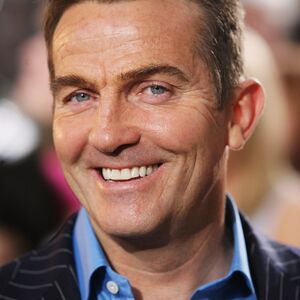