Brad Davis Net Worth: Brad Davis is an American soccer player who has a net worth of $1.5 million. Brad Davis was born November 8, 1981 in Saint Charles, Missouri. He currently plays for Houston Dynamo in Major League Soccer. While attending Saint Louis University, Davis was named the Conference USA Freshman of the Year his first year and All-American as a sophomore.

He went on to be selected third overall in the 2002 MLS SuperDraft by MetroStars and was a finalist for the MLS Rookie of the Year Award. He was then traded to Dallas Burn for the fourth overall pick in the 2003 MLS SuperDraft. On MLS draft day 2005, Davis was traded to San Jose Earthquakes with the No. 4 draft pick in exchange for Richard Mulrooney, Arturo Alvarez and the No. 6 draft pick. After the 2005 season, the club moved to Houston and were renamed Houston Dynamo. Following a 2011 season where Davis led MLS in assists, he was named a finalist for the league MVP Award. Despite helping the Dynamo advance to their third-ever MLS Cup, however, Davis missed the final after suffering a torn quadriceps in an Eastern Conference Final win over Sporting Kansas City. During the 2012 season, he scored a personal best of 8 goals to lead the Houston Dynamo to the MLS Cup final. During his adolescence, Davis played for several youth United States national teams. He also played for the U.S. at the 2001 World Youth Championship in the Argentina and the Under-23 team. Brad Davis included on Jurgen Klinsmann's 30-man preliminary roster for the 2014 FIFA World Cup as well and subsequently made the final 23 that would go to the World Cup. Davis is best known for his exceptionally precise service from crosses and set-pieces and is considered to have one of the best 'left feet' in Major League Soccer. 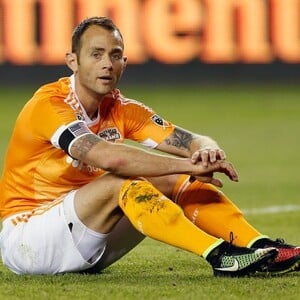