He started off playing for Comercial EC do Barreiro from 1997 to 2006. In 2006 he joined Atletico Mineiro's youth system. He was actually released twice because he was too short. In 2011 Bernard made his debut for Atletico Mineiro's senior squad. He scored his first professional goal in January 2012 against Boa Esporte. He helped lead Atletico Mineiro to a second place finish in 2012. In August 2013 Bernard signed with Shakhtar Donetsk with a five-year deal reported at $25 million. In 2013 he was selected as one of the Top 11 South American players by El Pais, a Spanish newspaper. Bernard joined Brazil's national team in 2011. In May 2014 Bernard was named to the final 23 man roster for Brazil's run at the 2014 FIFA World Cup. He scored his only international goal in November 2013 in a friendly against Honduras. Bernard is a left sided player who is known for his energy and plays as a winger. 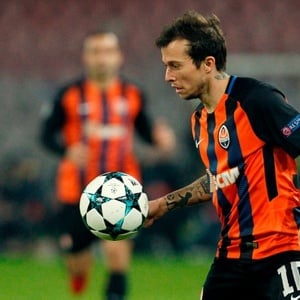