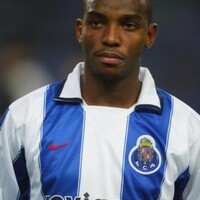 Benni McCarthy Net Worth: Benni McCarthy is a South African professional soccer player who has a net worth of $16 million. Benni McCarthy was born in Cape Town, South Africa in December 1977. As a youth soccer player he played for the Young Pirates and the Crusaders. He was signed by Seven Stars at 17 years old in 1995. He played for Seven Stars until 1997 when he joined Ajax until 1999. From 1999 to 2003 McCarthy played for Celta Vigo but was loaned out to Porto in 2002. In 2003 he joined Porto and was acquired for $7.86 million Euro. In 2006 he joined the Blackburn Rovers and in 2010 West Ham United. Benni then played for the Orlando Pirates from 2011 to 2013. McCarthy has also represented South Africa in international competition from 1997 to 2012. He holds records for being Bafana Bafana's (South African national team) all-time leading goal scorer with 32 goals. He has won the Eredivisie, KNVB Cup, UEFA Intertoto Cup, Portuguese Liga, Portuguese Cup, Portuguese Supercup, UEFA Champions League, Intercontinental Cup, Premier Soccer League, MTN 8, Telkom Knockout, and Carling Black Label Cup. He collaborated with music group TKZee for "Shibobo" in 1998.