Ashley Cole Net Worth and salary: Ashley Cole is an English professional footballer who has a net worth of $50 million. A football player who began his career with Arsenal in the late 90s, Ashley also became famous for playing for Chelsea and the English National Team. He won the most FA Cup winner's medals of any player with six.

Born on December 20, 1980, in Stepney, London, England, Ashley Cole is currently playing as left back for Chelsea and the England National team. He turned pro once he joined the team of Arsenal in 1999. During his tenure at the club, he made 228 appearances and scored 9 goals, as well as he brought in two Premier League titles and three FA Cups. Seven years later, Cole was transferred to rival club Chelsea (after a protracted transfer saga) in exchange for £5 million plus defender William Gallas. With this club, Cole has fetched further honors including the Premier League (in 2009 and 2010 season), four FA Cups, one Football League Cup and one UEFA Champions League. All in all, his seven winners' medals make him the only player in history of football to have won so many FA Cups. In addition, Ashley Cole has served as England's International player since 2001 and thus played at the 2002, 2006 and 2010 World Cups, as well as Euro 2004 and Euro 2012. In 2010, he was named England Player of the Year, and ever since February 2013 he has been England's most capped full back and most capped black player, with 100 caps. Off the football pitch, he has one unsuccessful marriage behind, with Cheryl Tweedy. He married the singer in July of 2006, they separated four years later. 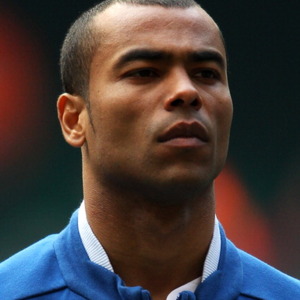