Arturo Vidal Net Worth and salary: Arturo Vidal is a Chilean professional soccer player who has a net worth of $16 million. He now plays as a midfielder for the Chile national football team and the Italian pro club Juventus. Arturo was born in Santiago, Chile in 1987. After trying different soccer positions in his early years, Arturo became a box-to-box midfielder.

He started his professional career in 2006 with Colo-Colo. After that he went on to play for Bayer Leverkusen from 2007 to 2011. Bayer Leverkusen paid $11 million for his contract, which at that time broke the national record of $9 million. In 2011 Vidal joined Serie A soccer club Juventus. He signed for $10.5 for a five-year contract. In November of 2013 Arturo recorded his first hat-trick. He became the first player to score three goals in one match for Juventus since 2000. Vidal played for Chile in the Under-20 World Cup in 2007 and helped them finish 3rd. He then went on to play for the Chilean national team during the 2010 World Cup qualifying rounds. Arturo Vidal is a member of the final roster for the 2014 FIFA World Cup. He scored five goals in the qualifying rounds. He has earned the nickname of Il Guerriero, which means The Warrior. Vidal was named to the 2010-11 Bundesliga Team of the Season as well as the 2012-13 Serie A Team of the Season. 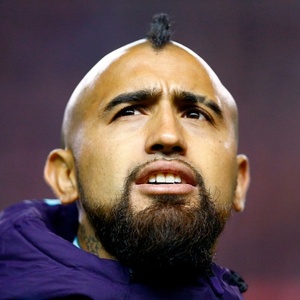