Arsene Wenger Net Worth: Arsene Wenger is a French soccer manager who has a net worth of $48 million dollars. Born October 22, 1949 in Strasbourg, France, Arsene Wenger has been the manager of the Premiere League soccer club Arsenal since 1996 and is credited for being the club's longest-serving manager and most successful in terms of winning major titles. Raised in Duttlenheim, France, he was introduced to football (soccer) by his father, who was also the manager of a local village team. In 1971, Wenger expanded his studies into politics and economics. He went on to earn his manager's diploma in 1981 and subsequently joined Ligue 2 (then known as Division 2) as assistant manager. Over the years, as a manager, he was nicknamed "Le Professeur" by his fans and the British media, as he is known for his studious demeanor. He has earned a reputation for his ability to spot young talent and he continues to focus on developing young talent rather than buying expensive, experienced players. Wenger uses psychometric tests, once every two years, to determine whether or not a player is mentally right for his squad, and encourages his players to solve their own problems. His relations (and approach) with fellow managers has sometimes been less than courteous and construed by others as 'distrustful' of other managers. In 2011, Wenger was even charged with improper conduct by UEFA over comments made to a referee. Wenger is married to former basketball player Annie Brosterhous, with whom he has one daughter. In 2010, he appealed for privacy, after a British newspaper reportedly alleged that he had an affair with a French singer, and cited that he wished to deal with the matter in private. 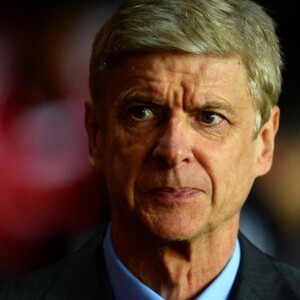