Antonio Carbajal Net Worth: Antonio Carbajal is a Mexican retired professional soccer player who has a net worth of $2 million. Antonio Carbajal was born in Durango, Mexico in June 1929. He was a goalkeeper who started his senior career with Club Espana in 1948. He played for Espana until 1950 and appeared in 45 matches.

Carbajal joined Club Leon in 1950 and played for the club until retiring in 1956. During that time he appeared in 364 matches. Carbajal also represented Mexico in international competition from 1950 to 1966. He has been called El Cinco Copas for playing in five World Cups. He was the youngest goalkeeper to play in the 1960 World Cup. In 1962 Carbajal became the first player to ever appear in four World Cups and helped Mexico win their first World Cup match. In 1966 he set the mark at five World Cups which was later matched by two other players. He appeared in 48 international matches and 11 World Cup matches. After retiring Antonio became a successful manager for Club Leon, Union de Curtidores, and Morelia. 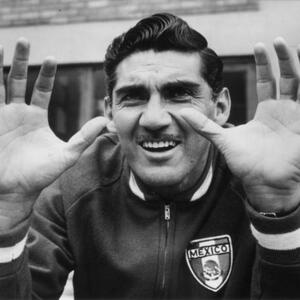