Angelo Henriquez Net Worth: Angelo Henriquez is a Chilean professional soccer player who has a net worth of $3 million. Now he is playing as a forward for the Spanish club Real Zaragoza, on loan from Manchester United. He was born as Angelo Jose Henriquez Iturra in Santiago, Chile in 1994.

As a youth Angelo played for Universidad de Chile from 2007 to 2011. He played tennis until age 12 but then switched to soccer at 13. His rights were purchased from Universidad de Chile and Manchester United in 2009 for $4 million, which was able to be paid until 2014. In 2011 he was called up to the senior squad for Universidad de Chile. He started playing for Manchester United in August 2012. In 2013 Henriquez was loaned to both Wigan Athletic and Real Zaragoza. Angelo Henriquez has also played with the Chilean national team since 2009. He has played on the nation's under-15, under-17, and under-20 teams before joining the senior team in 2012. He scored two goals against Paraguay in 2009. For the senior Chile team he scored the only goal in a loss to Serbia. Angelo Henriquez is a forward who has scored 21 goals in his professional career. In 2014 Henriquez sat on the bench for two consecutive Segunda Division matches. He is still young and much of his career is yet to be written. 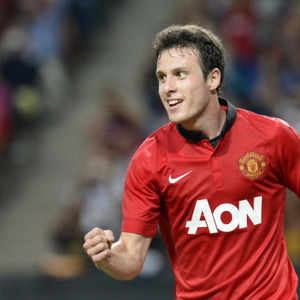