Andy Townsend net worth: Andy Townsend is an English soccer commentator and former professional soccer player who has a net worth of $12 million. Andy Townsend was born in Maidstone, England in July 1963. He was a midfielder who spent his youth career playing for Welling United. Townsend joined Welling United's senior squad in 1980 and played there until 1984. 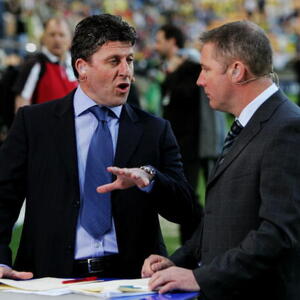