Andy Carroll net worth: Andy Carroll is an English professional soccer player who has a net worth of $25 million. Andy Carroll was born in Gateshead, England in January 1989. He is a striker who played for Newcastle United during his youth career. Carroll joined Newcastle United's senior team from 2006 to 2011 where he scored 31 goals in 80 appearances.

During that time he was loaned to Preston North End. Carroll played for Liverpool from 2011 to 2013 and scored 6 goals in 44 caps. He was loaned to West Ham United where he scored 7 goals in 24 games. Since 2013 he has been a member of West Ham United and scored 23 goals in 73 appearances through May 2017. Carroll has also represented England in international competition at the under-19, under-21, and senior levels. He won the Football League Championship with Newcastle United and the Football League Cup with Liverpool. In 2007 he won the Jackie Milburn Trophy. 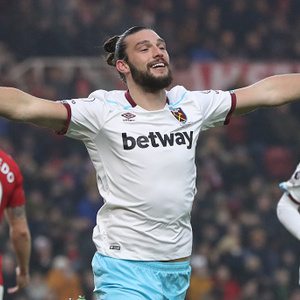