He appeared in 469 games and had 27 goals. Alvin Martin finished his career with Leyton Orient from 1996 to 1997 where he had 17 caps. He also represented England in international competition from 1981 to 1986. Martin went on to manage Southend United from 1997 to 1999. He has also been a commentator for radio and Sky Sports TV. His sons Dave and Joe Martin are also soccer players. Alvin Martin competed in the 1986 World Cup for England. He was dropped from the team just before the match against Argentina with the infamous "Hand of God" goal. 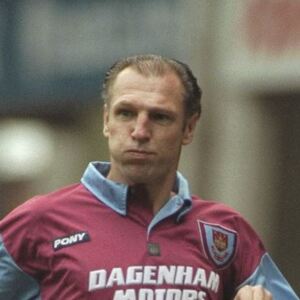