He then played for Sunderland from 1981 to 1983 before joining Rangers from 1983 to 1998 where he scored 251 goals in 418 caps. McCoist finished career with Kilmarnock from 1998 to 2001. He became the Rangers' record goal scorer and set records for number of league goals scored, number of Scottish League Cup goals scored, and most goals scored by a player in European competitions. McCoist is the fifth highest goal scorer in the Scottish top tier league's history. He also represented Scotland in international competition for their Under-19, Under-21, and senior sides. McCoist was inducted into the Scottish Sports Hall of Fame in 2007 and is a member of the Scotland Football hall of Fame. He returned to Rangers as an assistant manager in 2007 and became the new manager in 2011. In December 2014 McCoist turned in his resignation notice and Rangers said a 12-month notice period has begun. 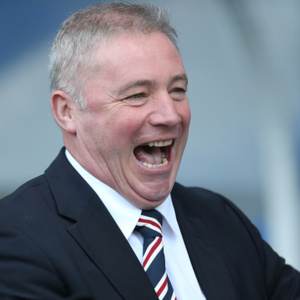