Alexi Lalas net worth and salary: Alexi Lalas is a retired American soccer player who has a net worth of $3 million. During his professional soccer career, he played mostly as a defender and is best known for being the standout player on the United States national team in the 1994 FIFA World Cup.

As a player, he was known for his physical ability and his never-ending endurance on the pitch. After the 1994 World Cup, he went on to be the first American in Italy's Serie A as a member of the Calcio Padova. In 1996, he was one of the pioneers in the newly formed Major League Soccer (MLS) League and was a member of the team, New England Revolution. He went on to play for several MLS squads including MetroStars and the Kansas City Wizards but his most successful stretch in the MLS was while playing for the Los Angeles Galaxy where he won the CONCACAF Champions' Cup, the Lamar Hunt US Open Cup, and the MLS Cup. He retired in 2002 and shortly thereafter served as President and General Manager of the San Jose Earthquakes, the New York Red Bulls, and the Los Angeles Galaxy. He was elected into the National Soccer Hall of Fame in 2006 and currently works as an analyst with ESPN and ABC Sports. Both Lalas and Bob Ley were the anchors chosen for ESPN's 2014 World Cup coverage from the network's studio in Rio de Janeiro. 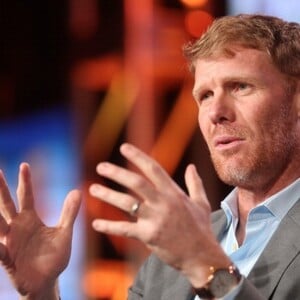