United from 2003 to 2006 where he scored 20 goals in 81 appearances. He played for Toronto FC and Real Salt Lake in 2007. Eskandarian played for Chivas USA from 2008 to 2009 and for the Los Angeles Galaxy from 2009 to 2010. He also represented the United States national team at the Under-20 and senior levels. Eskandarian became an assistant coach for the New York Cosmos in 2013 and since 2015 has served as coach for New York Cosmos B. As a player he won the MLS Cup and the MLS Cup MVP in 2004. 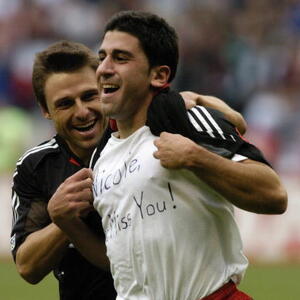