Adriano Galliani net worth and salary: Adriana Galliani is an Italian entrepreneur who has a net worth of $20 million. Adriano Galliani was born in Monza, Italy in July 1944. In 1986 Galliani became the vice-president and CEO of the Italian soccer team Associazione Calcio Milan (AC Milan). During his time with the club AC Milan has won five European Cup/UEFA Champions League titles.

They have also won eight Serie A titles. The players on his team have won a total of six Ballon d'Or awards. He has become known for transferring players to Milan at reduced prices. Some examples of this are Robinho, Mario Balotelli, Kaka, and Ziatan Ibrahimovic. Adriano Galliani has also serves as Non-Executive and Independent Director of SoPaF Spa, and as Director of Mediaset SPA. Galliani married Malika El Hazzazi in 2004 and was previously married to Daniela Rosati. He has three children: Gianluca, Micol, and Fabrizio. 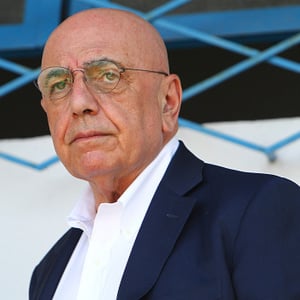