Zach Johnson net worth: Zach Johnson is an American professional golfer who has a net worth of $35 million. Born in Iowa City, Iowa, Zach Johnson began playing golf when he was in elementary school. He played multiple sports, including baseball, football, soccer, and basketball, but chose to focus on golf.

He led his high school to a state championship win, and then repeated the feat at Drake University, winning three NCAA regional meets, among other titles. In 1998, he chose to turn professional, and spent the next five years on the development circuit. His record-breaking earnings from wins in 2003, nearly $500,000, qualified him for participation in the PGA circuit. In 2007, he won the Masters Tournament, beating out such players as Retief Goorsen and Tiger Woods. His win made him the first player ranked outside of the Top 50 to win a Masters tournament in the history of the PGA tour ranking system. Since then, he has won seven more PGA tour events, as well as twelve other circuit events. 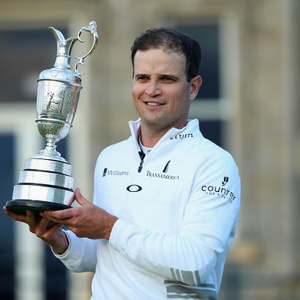