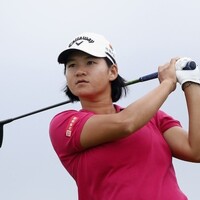 Yani Tseng net worth: Yani Tseng is a Taiwanese professional golfer playing on the LPGA Tour who has a net worth of $6 million. Born on January 23th, 1989, Yani Tseng is the youngest player ever (male or female) to win five major championships. Being a daughter of golf devotees, her mother being a caddie and her father a top amateur player, Tseng began playing golf by the age of 6. As she approached her teens, Tseng was so promising golf player that her parents sent her to US to attend the David Leadbetter Golf Academy in Florida. She enjoyed her first big tournament success in 2003, when she turned out a winner at the Callaway Junior Golf Championship. As for her first widespread notice, it came one year later with her win over Michelle Wie (1-up in 36 holes) which also meant a win of the U.S. Women's Amateur Public Links Championship. At the age of 18, Tseng turned pro and thus played tournaments on the Ladies Asian Golf Tour and Canadian Women's Tour. She earned her first LPGA victory at the 2008 LPGA Championship, and later that year, she won her LPGA card by finishing sixth at LPGA Q-School. More victories followed as Tseng topped the 2009 LPGA championship once again, and then in 2010 won three times, including two majors. In 2011, she added her fourth major, becoming the youngest golfer in modern golf history to win four majors. Then she added another victory, having won the 2011 Women's British Open. As a result, she was ranked #1 in the Women's World Golf Rankings with five majors. Apart from her high rankings on the golf course, she is also known for her "bubbly" personality and heart-melting smile.