How much is William McGirt Worth?

William McGirt net worth: William McGirt is an American professional golfer who has a net worth of $11 million. William McGirt was born in Lumberton, North Carolina in June 1979. He was named the Southern Conference Freshman of the Year at Wofford College. He won the 2001 conference championship with the team and was inducted into the Wofford College Athletic Hall of Fame. McGirt turned professional in 2004 and has competed on the Nationwide Tour and PGA Tour. In 2016 he won the Memorial Tournament on the PGA Tour. McGirt tied for 10th at the 2016 PGA Championship. He missed the cut at the U.S. Open and The Open Championship in 2016 and has not played in the Masters Tournament before 2017. McGirt's sponsors include TaylorMade-Adidas, Cozen O'Connor, Scotty Cameron Putters, Cleveland Golf, Srixon, and Young Adjustment Company. In 2003 he won the amateur events Carolina Amateur and North Carolina Amateur. 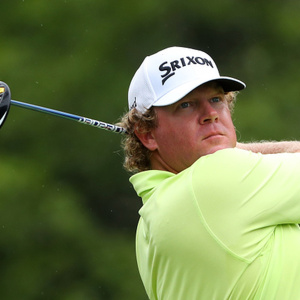