Webb Simpson net worth and career earnings: Webb Simpson is an American professional golfer who has a net worth of $16 million. As of this writing, Webb Simpson's career earnings are $25 million. Webb Simpson was born in Raleigh, North Carolina on August 8, 1985. He played golf so well in high school that he won an Arnold Palmer scholarship to Wake Forest where he went on to win ACC player of the year and make the All-American team three times.

Webb Simpson won the US Open on June 17th 2012 at San Francisco's Olympic Club. It was only the fifth major championship that he had ever entered! The prize for winning the U.S. Open was $8 million! Webb and his wife Taylor have been married since 2010. Together they have two children. 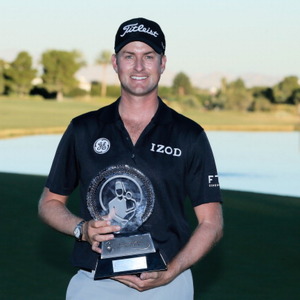