Vijay Singh Net Worth: Vijay Singh is a Fijian professional golfer who has a net worth of $75 million. Also known by fans as "The Big Fijian," Singh has won 34 PGA Tour events over the course of his career. These include one Masters title and two PGA Championships.

Early Life: Vijay Singh was born on February 22nd of 1963 in Lautoka, Viti Levu, British Fiji. Raised in the area of Nadi, Singh and his brother Krishna (who is also a professional golfer) practiced their golf technique using coconuts because they couldn't afford golf balls. Vijay grew up in a Hindu-practicing household and continues to follow Hinduism to this day. Singh is an ethnic Indo-Fijian. In addition to golf, Singh played a number of other sports during his early years. These included snooker, cricket, football, and rugby. His father worked as an airplane technician, and he also taught golf to students. As Singh became more interested in golf, he began to idolize Tom Weiskopf and tried to mimic his swing.

Career: Vijay Singh turned professional in 1982 and won the Malaysian PGA Championship two years later. However, he was then banned for life from the Asia Golf Circuit after allegedly doctoring his scorecard, and this caused a stall in his career. By 1988, he had saved up enough money to re-enter tournaments, such as the Nigerian Open and qualified for the European Tour.

In 1989, Singh won his first European Tour title at the Volvo Open Championship in Italy. He won a total of four titles that year and performed well throughout the next few years. In 1993, he won his first PGA Tour event at the Buick Classic. Injury problems followed, although he bounced back in 1995 to win a number of additional events. From 1998 to 2004, he began to establish himself as one of the world's top golfers. During this period, he won the PGA Championship and the Tour Championship while competing with Tiger Woods. He actually earned more money in 2003 than Tiger and narrowly lost the Player of the Year Award to this rival.

Between 2004 and 2005, Vijay reached the position of number one in the official rankings and held it for 32 consecutive weeks. He would later win and lose the number-one spot a number of times, battling it out with Tiger Woods once again. From 2009 onwards, Singh's career began to decline. Injuries were beginning to take their toll, and in 2013 he struggled with a controversy involving deer-antler spray. In 2016, he recorded a second-place finish at the Quicken Loans National, and in 2019 he finished three strokes behind the winner of the Honda Classic.

On Course Career Earnings: Vijay has earned well over $68 million on the PGA Tour. 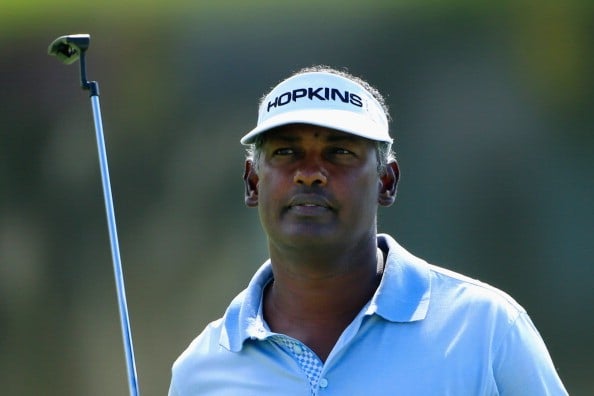 Brand Endorsements: Over the course of his career, Singh has supplemented his golf income with millions of dollars from various brand endorsements.

Real Estate: Singh famously has a home in Ponte Vedra Beach, just a few minutes away from the PGA Tour headquarters. In 2009, it was reported that Singh had purchased a condo in Lincoln Square, New York. The residence cost Vijay and his wife Ardena $5.675 million. The four-bedroom condo spans 3,369 square feet and features highlights such as a wood-burning stove and a 1,463-foot terrace.

Asia PGA Tour Ban: Early in his career, Vijay was banned from the Asia PGA Tour for life. This ban came immediately after his 1984 win at the Malaysian PGA Championship. Allegedly, Singh altered his scorecard from one over to one under in order to make the cut. Vijay continues to deny this, but an official investigation conducted by the Asia PGA Tour determined that the accusations were true. They also found evidence of other violations.

With Singh refusing to admit to any wrongdoing, the Asia PGA Tour issued him a lifetime ban. To this day, he argues that he was unfairly treated because of the fact that his father was a "VIP."

Controversial Statements: In 2003, Singh famously made a controversial statement about female golfer Annika Sörenstam, who is regarded as one of the best women to ever play golf. Speaking about Sörenstam's potential inclusion in the Bank of America Colonial, Vijay said "she doesn't belong here." He later clarified his statement, pointing out that she would be taking the place of another struggling male golfer who deserved a place more than she did. While his comments caused controversy in many circles, other media figures came to Singh's defense.

Legal Issues: In 2013, it was revealed that Singh was filing a lawsuit against the PGA Tour for defamation. He claimed that he needed to "reclaim his reputation" after the PGA Tour tried to sanction him for the use of deer-antler spray. Vijay actually admitted to using deer-antler spray, but the PGA Tour eventually backtracked and neglected to ban Vijay. They even removed deer-antler spray from their "banned substances" list. Deer-antler spray is said to contain a small amount of Human Growth Hormone, but scientists mostly agree that it doesn't really have much of an effect. It has been used in Chinese traditional medicine for thousands of years.

After suing the PGA Tour, Singh was widely criticized by other players and fans. They argued that since the PGA Tour had given him millions of dollars over the course of his career, it was a little bit disrespectful to sue them – especially since he was never actually banned in the first place. Vijay declined to comment about the lawsuit, despite many requests for interviews. 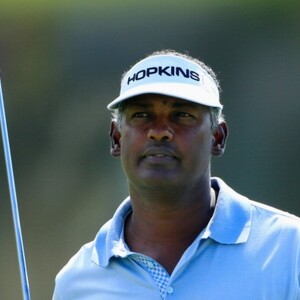