Tony Jacklin Net Worth: Tony Jacklin is an English professional golfer who has a net worth of $10 million. Born in 1944 in Scunthorpe, Lincolnshire, England, Tony Jacklin became a pro golfer during the early '60s. He won his first championship at The Open in 1969, becoming the first person from England to do so in nearly two decades.

He then won the U.S. Open in 1970, the only European player to win over the course of 84 years. During the '70s and early '80s, he won eight European Tour tournaments and played on the Great Britain and Ireland Ryder Cup team from 1967 until 1977, and on the European team in 1979. Jacklin became the most successful person to ever captain Europe's Ryder Cup team, guiding the squad to their first win in nearly three decades in the mid '90s. In 2002, he was inducted into the World Golf Hall of Fame, and he retired from playing in tournaments two years later. He finished with 28 professional wins over the course of his career. Jacklin has been married twice, wedding his first wife, Vivien, in 1966. They had three children together before she died of a brain hemorrhage in early 1988 when she was in her mid-forties. Jacklin remarried at the end of the year and had a son with his second wife, Norwegian-born Astrid Waagen. 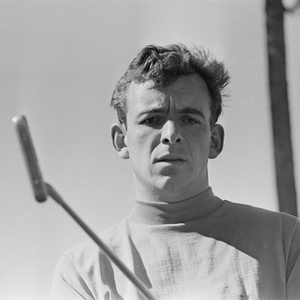