Tom Watson net worth: Tom Watson is an American professional golfer who has a net worth of $25 million. Tom Watson has earned his net worth as one of the leading players in the world who has played on the PGA Tour and now currently on the Champion Tour. During the PGA tour Watson won eight major championships and headed the PGA Tour money list five times.

He was born on September 4, 1949 in Kansas City, Missouri he was introduced to the game by his father Ray, and was coached by Stan Thirsk at the Kansas City Country Club. McCormack's World Golf Ranking titled Watson as the number one player in the world from 1978 until 1982. Watson was victorious over Jack Nicklaus, the man he replaced as number one, in the 1977 Open Championship and again in the 1982 U. S. Open. Watson has won five Open Championships, two Master titles, and one U.S. Open title. Watson who is known for defying age: at nearly 60 led much of the 2009 Open Championship to finish in 2nd place and he has three Senior British Open Championship titles in his mid-50s (2003, 2005, and 2007). He attended Stanford University and currently owns the design company Tom Watson Design Company in Kansas. The company has designed several golf courses such as; The Conservatory, Hammock Beach resorts, located in Palm Coast, Florida as well as the Phoenix Resort, in Miyazaki, Japan. 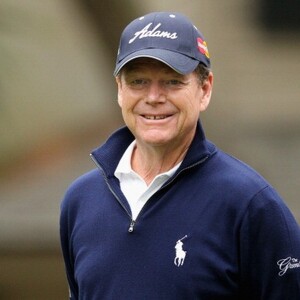