Stewart Cink net worth: Stewart Cink is an American professional golfer who has a net worth of $18 million. He is best known for winning the 2009 Open Championship. On April 18, 2021 he won the RBC Heritage, taking home a $1.2 million purse. His career earnings as of this writing are right around $40 million.

Stewart Cink was born in Huntsville, Alabama in May 1973. He played at Georgia Tech before turning professional in 1995. Cink played for the Nike Tour and joined the PGA Tour in 1997. His highest career ranking came at #5 in July 2008. He won The Open Championship in 2009 defeating Tom Watson in a four hole aggregate playoff. Cink spent more than 40 weeks in the top 10 of the Official World Golf Rankings from 2004 to 2009. He finished 3rd at the 2001 U.S. Open and tied for 3rd at the 2008 Masters Tournament and the 1999 PGA Championship. Stewart Cink was the Nike Tour leading money winner and Player of the Year in 1996. He was the PGA Tour Rookie of the Year in 1997 and won the Payne Stewart Award in 2017. 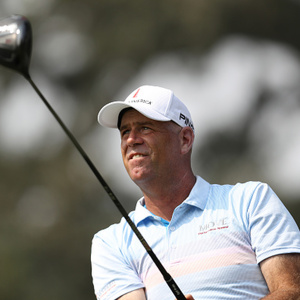