Steve Stricker net worth: Steve Stricker is an American professional golfer who has a net worth of $20 million dollars. Born in Edgerton, Wisconsin, Steve Stricker began playing golf when he was a child, and went on to play for the University of Illinois. While at Illinois he was an All-American golfer two years in a row. He went pro right after graduating in 1990, and spent his first fours years of professional play on the Canadian Professional Golf Tour. He then began competing on the PGA tour. He began to gain notice in 1996, after winning two tournaments. Since then he has won ten more tournaments on the PGA Tour, and eight on other tours. He has achieved a rank of #2 on the Official World Golf Rankings, and finished 2nd at the 1998 PGA Championship. He also spent 157 consecutive weeks in the Top-10 from 2009 to 2012. 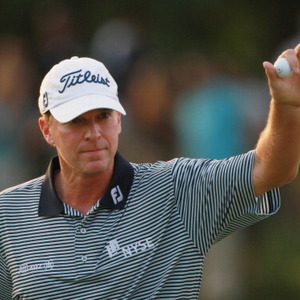