Steve Lowery Net Worth: Steve Lowery is an American professional golfer who has a net worth of $9 million. Steve Lowery was born in Birmingham, Alabama in October 1960. He won the Birmingham Golf Association Junior and State Junior before playing college golf at the University of Alabama. He also won the 1982 Southern Amateur event.

Lowery turned professional in 1983. Lowery has three PGA Tour wins starting at the Sprint International in 1994. He won the Southern Farm Bureau Classic in 2000 and the AT&T Pebble Beach National Pro-Am in 2008. Lowery also finished 3rd at the PGA Championship in 2001. As part of the Nationwide Tour he won the 1992 Ben Hogan Tulsa Open. Steve also plays for the Champions Tour. Steve Lowery was involved in a strange incident at The Players Championship in 1998 when a seagull stole his ball on the island green at the 17th hole but he was not penalized. He was inducted into the Alabama Sports Hall of Fame in 2008. 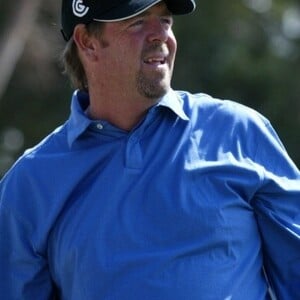