Shigeki Maruyama Net Worth: Shigeki Maruyama is a Japanese professional golfer who has a net worth of $10 million. Born in Ichikawa, Chiba, Japan, in 1969, Shigeki Maruyama studied at Nihon University before turning pro during the early '90s. Maruyama earned the nickname the "Smiling Assassin" for always being full of grins on the golf course. He started playing on the Japan Golf Tour. In 1999, he did well at two World Golf Championships and was eligible for the PGA Tour during 2000. Maruyama won three events on the PGA Tour: the 2001 Greater Milwaukee Open, the 2002 Verizon Byron Nelson Classic, and the 2003 Chrysler Classic of Greensboro. He finished tied for 14th at the 2002 Masters Tournament, tied for fourth at the 2004 U.S. Open, tied for fifth at the 2002 The Open Championship, and tied for 22nd at the 2001 PGA Championship. Maruyama has 13 professional wins as of August 2014. He set a record for shooting a 58 during the first round of the 2000 U.S. Open qualifiers at a Maryland golf course. Maruyama returned to Japan in 2008 after struggling to remain fully eligible for the PGA Tour. Maruyama has won ten events on the Japan Golf Tour, including his most recent in 2009 at the Golf Nippon Series JT Cup. 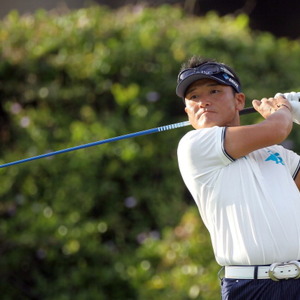