Ballesteros won over 90 international tournaments. He won The Open Championship three times and the Masters Tournament twice. Ballesteros turned professional in 1974 and gained attention in 1976 when he finished second at The Open at just 19 years old. Seve helped the European Ryder Cup win five times as a player and captain. He also won the World Match Play Championship five times tying a record. Seve also set a record by winning 50 European Tour titles and won at least one every year for 17 consecutive years. After dealing with back injuries he created the Seve Trophy and ran a golf course design business. Ballesteros was diagnosed with a malignant brain tumor in 2008 and in 2009 he was awarded the Lifetime Achievement Award for the second time at the BBC Sports Personality Awards. Seve Ballesteros passed away on May 7, 2011 from brain cancer at the age of 54. 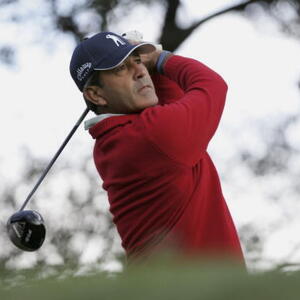