His father Marc O'Hair sold his share of the family business for $2.75 million to develop Sean into a touring pro. During his early career he entered PGA Tour Qualifying School regularly starting in 1999; however he was unsuccessful at his first five attempts. He did play on several developmental tours such as; the PGA Tour's officials second-level developmental Nationwide Tour, the third-level Gateway Tour and the Cleveland Golf Pro Tour. His efforts were met with limited success, making the cut in only four out of 18 starts at Nationwide Tour level. Sean completed all three stages of PGA Tour Qualifying School in 2004. He went on to have a very successful season in 2005 winning his maiden PGA Tour event at the John Deere Classic and finished second at the EDS Byron Nelson Championship. At the beginning of the 2006 season, O'Hair was the youngest man in the top 50 of the Official World Golf Ranking; however his 2006 season was less successful. In 2008 he won the PODS Championship by two strokes over Stewart Cink. O'Hair started the 2009 season opening with a fourth place finish at the Mercedes-Benz Championship, and he went on to a top-10 finish at the AT&T Pebble Beach National Pro-Am. As of the 2001 season O'Hair is 43rd on the FedEx Cup list, and in the world's top 100 he is 60th. O'Hair has been married to his wife Jackie since December 2002; they have four children, Molly, Luke, Grady and Trevor. The family currently lives in West Chester, Pennsylvania. 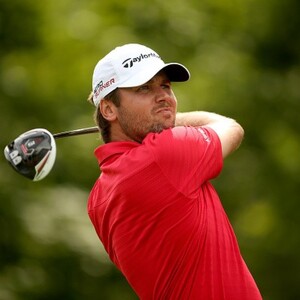